or players of any skill level—from beginners to more advanced. All Skills Camp is designed to cover the essential skills neces­sary to improve a player’s all-around game. Instructors will clean up the players bad habits in skating, passing, shooting, and puck handling through individualized attention on the ice. This camp will focus on skill development and having fun at the same time. Dryland training will be focused on the skill of the day as well as off ice training for hockey.

Toni was born in Rauma, Finland, Toni played professional hockey for 18 years in North America and Europe. A former defenseman, who brings knowledge of the game and a passion for teaching young athletes the skills they need to develop to become better players. Originally drafted by the Philadelphia Flyers in 1990, Toni played professionally until he retired in 2006. Currently, Toni is the Director of Player Development for the Valley Forge Minutemen and Head Coach of the 2003 Squirt Major and 1999 Bantam Minor teams.
Coach Porkka’s Professional Career: Member of Team Finland (National Team); Three years playing for the Hershey Bears of the AHL; Six years playing for the Frankfurt Lions and the Cologne Sharks of the German Elite League; Nine years playing for Lukko Rauma of the Finnish Elite League.

John grew up playing here in the Philadelphia area for the Glaciers, Little Flyers, NJ Rockets, and Minutemen. Following his freshman year playing at LaSalle he moved to boarding school at Lawrence Academy where he was a 3 sport varsity captain. After a successful prep career, John played a year for the New Hampshire Jr. Monarchs in the EJHL winning a league championship. From there John took his talents to Babson College where he enjoyed a stellar 4-year career being a 2-year captain and scoring over 50 goals in his career. He also finished in the top 5 for the Concannon Award which is given to the top American born player in D II/III. After graduation John played in the Minor leagues at the A and AA levels before returning to the Minutemen to coach. 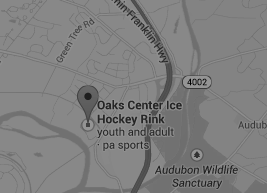